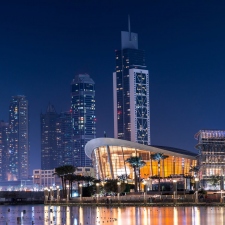 Social media influencers in the UAE must now clearly disclose whether a post is paid.

While this seems like a standard and obvious practice, members of the Federal National Council (FNC) are gunning for "closer observation" on influencers and their sponsored posts, particularly those using Snapchat and Instagram.

The UAE also made it a legal requirement for social influencers to have a license to do so. Anyone conducting “commercial activities” through social media needs to apply for the goverment-issued permit by the end of June 2018.

Members of the National Media Council said that influencers who fail to correctly and appropriately disclose paid posts will face penalties when the new regulations come in to force. Fines of up to 5000-dirham (£984) will be issued to those who do not comply.

"This [Social media] is a business, just like any other, and these social media influencers must be transparent, especially since many of them have hundreds of thousands of followers who trust their judgment," said FNC member Hamad Al Rahoomi.

"If you post a video promoting a cafe, you need to inform your followers that you are being paid for it, before being paid,"

"Today, social media is the concern of every family in our society. If it's unregulated, it could lead to disastrous consequences and affect the future generations. We are facing the threat of negative influencers."