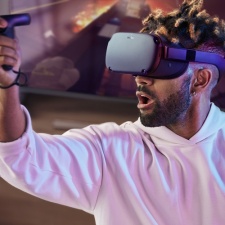 Oculus Go owners will soon be able to watch YouTube on their devices.

The company made the announcement yesterday at its Connect developer conference, but didn't give a set date on when to expect the new app.

A YouTube app for the Samsung Gear VR rolled out in summer, but the addition of a Go app means that there'll be an official YT app for every Oculus VR device.

The company also shared that 80 per cent of Oculus Go users don't actually own a Rift or Gear VR, which suggests that the mobile friendly Oculus option is bringing more people in the VR ecosystem.

Oculus Go video also revealed a feature that lets users cast their VR experiences to TV or another mobile.

Lastly, Oculus announced a host of new entertainment for Oculus Venues, an app that hosts live events through headsets. The app will now include more sporting events and live comedy.

The VR experience is generally isolating by design when your eyes and ears are surrounded by a screen, but Oculus' new developments aim to make VR a more social experience.