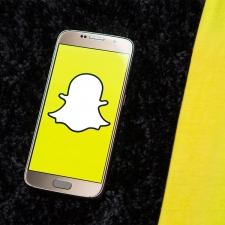 Snap released its Q1 financial report last week and the results suggest that the company is recovering after a disappointing 2018.

The platform hit 190 million daily active users, an increase on the 186m Snapchat accrued in Q4 last year, but even that was a slide from the 191 million the platform had at the start of 2018.

A strong redesign seems to have contributed to the resurgence in Snapchat's user numbers, as well as a number of updates shaped to favour influencers and older demographics.

“In the first quarter we delivered strong results across our business with growth in daily active users and revenue,” said Snap CEO Evan Spiegel.

“Our new Android application is available to everyone, with promising early results. This month we announced several new products that we believe will drive further engagement and monetization. As we look towards the future, we see many opportunities to increase our investments, and will continue to manage our business for long-term growth.”

However, its net loss for Q1 was $310 million. That's an improvement of $75 million compared to the $385 million it lost last year, but the company isn't out of the woods just yet.

Last month Snap unveiled Snap Games, a new platform focused on real-time multiplayer gaming. It's a strong move into the gaming space and could see Snapchats users bolstered once games begin rolling out onto the main app.

Snap's projections are ambitious but realistic. Q2 revenue is expected to land between $335 million and $360 million according to the report. That's a growth of 28 per cent to 37 per cent compared to revenue in Q2 2018.