Top 10 streamed games of the week: Fortnite falls from the top spot 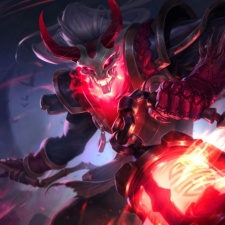 This chart covers the week commencing May 13th to May 19th.

It looks as though League of Legends was the most watched game of last week. The MOBA saw a 6.2 per cent increase in views and racked up over 35.2 million hours, knocking Fortnite from the top spot.

Fortnite is down to second place after an 8.4 per cent decrease in views. While it wasn't a large drop, it was enough to see it fall almost 2 million hours below League of Legends.

World of Warcraft re-enters the chart in fifth after a huge 198.1 per cent increase in views. The long-running MMORPG racked up over 11.7 million hours watched last week, and it's likely that the release of WoW classic has brought a few streamers back to the title.

PlayerUnknown's Battlegrounds is in sixth place for another week after a 10.7 increase in views, keeping it just ahead of PUBG mobile which saw a view decrease of 7.8 per cent.

Counter Strike: Global Offensive saw a 12.2 per cent increase in views, racking up over 8.4 million hours watched in the last week. Hearthstone stays in ninth for another week despite a 13.9 per increase in views.

Overwatch closes the chart, falling three places after a 30.8 per cent decrease in views.