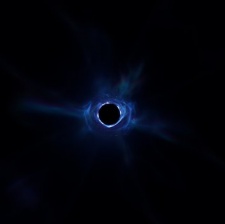 It's another strong week for Riot Games as League of Legends enjoys another week at the top of the chart. Views for the MOBA shot up by another 27.3 per cent, equating to over 38.6 million hours watched across major platforms.

Fortnite views are up by a whopping 99.4 per cent following a livestream that took place this weekend. An in-game "end" event concluded in the game being taken offline. As of writing, all Fortnite fans are staring at a black hole.

Minecraft takes sixth place, and a 17 per cent rise in hours watched seats almost two million hours above World of Warcraft, which saw an 18.7 per cent dropoff in views last week.

Dota 2 is in eighth, moving up from tenth after a 7.9 per cent jump in hours watched. Apex Legends falls from seventh to ninth place after a 24.7 per cent decrease in views as season 3 of the game rolls on.

PlayerUnknown's Battlegrounds closes last week's chart with a 4.3 per cent increase, enough of a rise to knock FIFA 20 from the board completely.