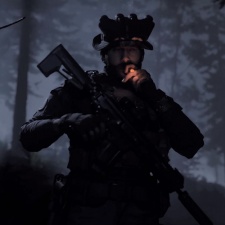 There's a shakeup at the top this week as League of Legends moves into number one. A 1.78 per cent rise in views saw Riot's MOBA  rack up over 20.9 million hours last week.

Fortnite sits in second place and sees a 4.1 per cent drop in views. World of Warcraft falls from the top spot to third after a 22.1 per cent dip in views - the largest drop on the board.

Grand Theft Auto V stays in fourth place despite a 7 per cent dip in hours watched. Meanwhile, PUBG Mobile sees another rise in views amassing over 12.9 million hours watched in the last week.

Counter-Strike: Global Offensive takes sixth place, racking up over 10.1 million hours after a 13.3 per cent rise in views. Minecraft falls one place to seventh, but its views are up compared to the week prior.

Call of Duty: Modern Warfare is a fresh entry in eighth after a 111.9 per cent jump in views. A beta for the reboot of the Modern Warfare series dropped last week and has seen countless CoD fans return to the title.

PlayerUnknown's Battlegrounds takes ninth place for another week, and Dota 2 closes the chart with 7.5 million hours watched in the last seven days.