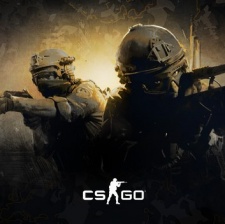 League of Legends takes its usual seat at number one with 38.5 million hours watched over the last week. The big riser on the chart this week is Counter-Strike: Global Offensive, which saw a massive 184 per cent increase in views. The spike is owed to the final of the Intel Extreme Masters Katowice 2020 tournament which brought in record-breaking views across streaming platforms.

Fortnite takes third place and sees a 13.5 per cent decrease in hours watched. Despite the drop, it did better than Grand Theft Auto V down in fourth place which racked up 23.6 million hours watched last week.

PUBG Mobile drops one place to fifth yet sees a view rise of 4.7 per cent. Escape From Tarkov is in sixth after amassing over 12.8 million hours watched last week.

Garena Free Fire takes seventh for another week racking up 12.2 million hours watched. Dota 2 sees a 28.7 per cent decrease in views and drops to eighth place.

Apex Legends drops one place to ninth after a 20.1 per cent decrease in hours watched, and of course, Minecraft closes the chart in tenth with 7.6 million hours watched.