“Every day is a struggle”: Content creators finding a new lease of life after being diagnosed with chronic illnesses 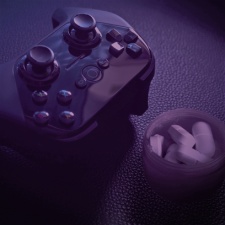 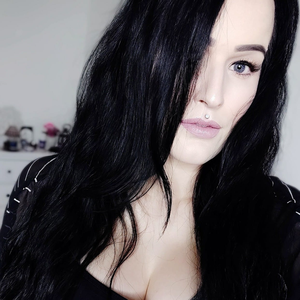 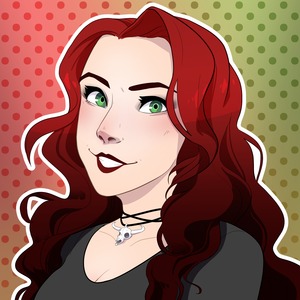 I’m quite a forgetful person, really. I couldn’t tell you what I had for dinner three nights ago and I’d probably lose my arms if they weren’t attached to me.

However, I can tell you the exact moment when I instantly shifted from a well person to a sick person.

It wasn’t obvious at the time. I was carrying a large amplifier up a flight of stairs with another person, when a crushing wave of nausea swept over me. Had someone not been on hand to take over, I probably might have dropped it and killed him.

That was summer 2014, my first experience of Myalgic Encephalomyelitis (M.E.) - an illness that would take two years to identify and diagnose, and even longer to accept.

M.E. is a fluctuating neurological condition with a long list of symptoms, but it’s primary attack is chronic fatigue, meaning the body and brain loses the ability to recover after using energy.

Giving up your job, your hobbies and a large proportion of your livelihood to succumb to an illness is not in my top 10 recommended experiences. However, it did lead to me re-discovering the world of YouTube, and by extension, Twitch.

While I myself work full-time in a creative role, I’m not a content creator. That being said, I reached out to some creators who have been through this journey and are shining brighter than ever.

Being told that you’re never going to get better is a weird emotion. It’s similar to grieving, though while you’re not losing a loved one, you’re losing yourself. You mourn the passing of whatever life you had before the illness and then move in to redesigning who you are without letting it consume you.

Ex-Gearbox alumni Mikey Neumann highlights that the time between realising you’re suffering and an actual diagnosis can be long. Sometimes it takes years to get anything concrete.

Neumann has Multiple Sclerosis, a neurological condition that affects the brain’s communication with the nervous system. While the intensity of MS can vary. It’s a chronic condition that can worsen over time and comes with a myriad of symptoms.

“We all first learned of my health problems probably a decade before I actually quit,” Neumann tells InfluencerUpdate.biz

“2017 was a catastrophic year for my health and that sort of confirmed my decision. I finally had to quit because I couldn't physically do my job anymore in 2017. The health stuff started around 2004, I want to say.”

Neumann worked at Gearbox Software for 16 years, notably on the Borderlands franchise. In 2017, he departed from the company as his health took a spiral. The decision to leave Gearbox was entirely health-based.

However, Neumann had another creative outlet. Leaving a full-time position gave him more time to focus on YouTube content - a hobby he’d been juggling alongside writing a video game.

His channel, FilmJoy, is the home of ‘Movies with Mikey’, a series of video essays taking analytical dives in to films. The episodes are written and narrated by Neumann - an endeavour that he’s managed to turn in to a source of income.

“Every day is a struggle. That's what disease is,” says Neumann.

“Factor in running a business, employing other people, and just making a show every two weeks for enough money to sort of accomplish those goals. It’s hard work.”

Streaming is not what I want to do forever but for now, it's given me my life back.

Thomas is a variety streamer on Twitch, recently covering titles like No Man’s Sky and Firewatch. While she was already gaining some traction as a streamer, getting ill threw a spanner into her career plans.

“Initially I had intended it [streaming] to be a side income until I could get a full-time job. However, symptoms of fibromyalgia began to snowball, and my mental health got worse,” says Thomas.

“I was diagnosed with Fibromyalgia, and I realised that focusing on streaming and making it into a career was what was best for me right now. I put everything into streaming and it’s given me the freedom to focus on getting better.”

While Thomas enjoys streaming and the community she’s cultivated, she has different reasons to recover. She’s applied to do a masters degree and hopes to work in the film industry.

“Streaming is not what I want to do forever but for now, it's given me my life back,” she adds.

Naturally, one of the bigger worries after being hit with a disability is how you’re going to afford to live.

This wasn’t initially a worry for variety Twitch streamer Kaeyi Dream, but it soon became one after her relationship ended.

Dream was living with a partner when she received a diagnosis of Fibromyalgia and M.E. in 2016. The stability meant she could focus on getting better rather than worrying about a consistent income. During that time, Dream made YouTube content and streamed on Twitch.

“Content creation kept my brain busy and gave me an opportunity to still feel like I was accomplishing things and being creative at my own pace, without the financial pressure. I had a partner that wanted me to prioritise my wellbeing. I am grateful for that,” says Dream.

“As with a lot of relationships that ended and it was time for me to change up my approach because I needed to solely support myself again which meant I had to be healthy enough to work - I didn’t have a choice.”

Dream moved back home for eight months, where she set about taking steps to rebuild her life. Being too ill to manage a commute to work, Dream set up a small streaming area and channeled all of her focus in to building a profile as a full-time Twitch broadcaster.

“This is where I turned to doing what I knew I could do - stream,” explains Dream.

“I started streaming six days a week. I started small, just a few hours each day but did it consistently Monday to Saturday and built it up as i got more used to the schedule.”

“Streaming full-time allowed me to get used to a set life schedule - waking up and looking presentable (in my pyjamas) to eating at set times, to going to bed so I could manage sitting at a desk etcetera.

“I did this for three months. In that time I went from being unable to work and being constantly sick with Pleurisy and Fibromyalgia flare-ups to saving everything I got from subs and donations to put down a deposit on a flat. I also started a new full-time job. That job was a minimum wage call centre position but that didn’t matter to me - I had my independence back and I felt like I had a purpose again.”

Dream has recently moved to London to be closer to her current job as a video content manager. On top of this, she streams on her own channel three days a week.

She also donates 25 per cent of her Twitch earnings to charity to pay forward some of the kindness shown to her when she needed it most.

“I will forever make content to raise awareness for chronic illnesses,” concludes Dream.

“I want to talk openly about mental health, my own struggles and how I have tried to overcome them - and more importantly that it can get better.

“I think it’s important to shine a light in the dark and always provide hope.”

If in doubt, create

Of course, this selection of stories here don’t speak for the many, many creators suffering with disabilities, chronic or mental illnesses that cannot make their creative outlet sustainable.

It doesn’t shine a light on the countless individuals that have their creative outlets used against them as a ‘sign of wellness’, rendering them exempt from any kind of financial support from the UK government.

It does not represent the struggles that these invisible conditions pose every single day, either to those working through them or those who are yet to find the strength.

However, I do speak as someone who has taken that spiral and come out the other side. While I can’t comprehend everyone’s struggle - I can empathise with it, and I wrote this with the intent of sharing some positive tales without ignoring the fact that it is remarkably hard, and sometimes impossible.

Creating anything is hard work, be it streaming, making videos, writing, drawing; it’s all incredibly difficult even without a lifelong illness.

But the rise of streaming as a hobby and a career choice is providing those who find themselves housebound, isolated and broken with an opportunity to recreate themselves, earn a living, build friendships and continue their lives in a way that they feel comfortable with - and that is invaluable.