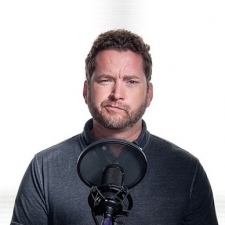 Co-founder and former CEO of Rooster Teeth Burnie Burns has departed from the company after 17 years.

Rooster Teeth was set up in April 2003 with the creation of the popular Red Vs. Blue series, the longest-running web series of all time.

Despite the departure, Burns is not severing his ties to the company. According to a statement on his website, he will continue to work with Rooster Teeth on a first-look agreement which will fuel future projects.

"I want to express my deepest gratitude to everyone who supported me in my career at RT, with special thanks to Tony Goncalves who so skillfully leads the Otter family and Jordan Levin, who has RT moving in incredible new directions," Burns wrote in a statement.

"Thank you to every person who has walked through these doors as a collaborator or tuned in to one of our videos as a viewer or made the choice to become a member of our community. Your support has meant the world to me and I hope that I had even a fraction of the positive impact on your life that you have had on mine."

Last month, Rooster Teeth entered a partnership with UK media production company The Yogscast. The pair will share exclusive across each other's platforms to reach wider audiences. The company is widely heralded as a pioneer of subscription-based content.