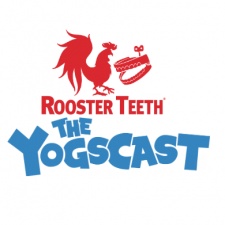 These series' will also fall under Rooster Teeth's podcast division, The Roost. The network supports podcasts made by other popular creators such as Zane and Heath, Kinda Funny and Funhaus. The deal was brokered with input from Bristol-based influencer management company, Fourth Floor Creative, which represents The Yogscast.

"We're inspired by what Rooster Teeth has built and we also see a lot of ourselves in them, especially how much they value community and giving back. Creating content together has been really easy and fun, and we’re keen to keep going for as long as they can stand our British humour."

Luis Medina, SVP of Partnerships and Strategy at Rooster Teeth, adds: "it's uncanny how closely The Yogscast aligns with Rooster Teeth creatively and in terms of their business."

"Both our creative studios were born in the early days of online video and inspired by a shared love of gaming, animation, and comedy. I'm excited for Rooster Teeth to provide our services and platform to The Yogscast."

Austin-based Rooster Teeth has been taking steps to bolster its UK presence over the last couple of years, beginning with opening a London-based office back in 2018. The company also began hosting its RTX community events in London in 2017. Rooster Teeth formed back in 2003 and shot to notoriety off the back of its Red vs. Blue web-series. The company is widely regarded as a pioneer of online video content.

However, the company's steely name took a hit last year following a quickfire series of dismissals and resignations, which saw company CEO Mark Turpin step down following a slew of sexual harassment allegations.