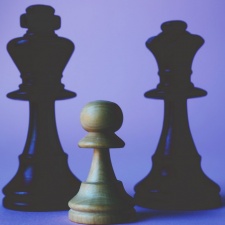 Streaming platform Twitch has continued to soar to new heights in 2020, but there's one specific category causing a huge buzz - chess.

While games such as Fortnite, League of Legends and GTA: V continue to dominate the top games, some of the platform's biggest creators have turned chess into a top 20 title.

The category is home to actual chess royalty, notably US champions Hikaru Nakamura and Benjamin Finegold, who both stream frequently on their own Twitch channels. But the growth has seen some of Twitch's biggest variety streams pop into the category, including xQc and LIRIK.

As such, hours-watched inside the chess category on Twitch have grown exponentially. The views more than doubled between April and May 2020 according to data from StreamElements and SullyGnome, with May surpassing the 8 million mark.

"Twitch has a long history of chess players dating back to its earliest days, but it wasn't until 2017 when they partnered with Chess.com that they most prominently embraced the game of kings," said StreamElements CEO Doron Nir.

"Since then the game has enjoyed moderate growth, yet nothing compares with the rise it experienced in recent months when some of the top streamers, such as xQc, Reckful, and LIRIK, streamed it. While the chess community has achieved a lot of success on its own, this latest move illustrates the power of influencers to broaden the appeal of a brand."