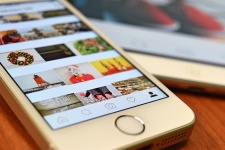 It has understandably taken time for regulators in many countries to catch up with the growth of influencer marketing, and its implications on the rules governing advertising and commercial relationships with content providers.

They are catching up though. In 2017, for the most part we are still in the territory of regulators publishing guidelines for influencers and brands on how not to fall foul of the existing rules on marketing disclosures, and issuing warnings rather than punishments for transgressions. You can expect to see more of the latter in 2018, for campaigns that have ignored the warnings.

We can boil the advice down to a simple recommendation: influencers must disclose their commercial relationships clearly to their viewers and followers, making those disclosures as prominent and transparent as possible.

This was voiced clearly in a set of guidelines for online reviews and endorsements first published by the International Consumer Protection and Enforcement Network (ICPEN), an umbrella group for consumer-protection bodies in 60 countries, in 2016.

It set out three principles:

“Disclose, clearly and prominently, whether content has been paid for. Be open about other commercial relationships that might be relevant to the content. And give genuine views on markets, businesses, goods or services.”

The guidelines added that “paid for” can include receiving free products – from clothing to event tickets – and noted that “other commercial relationships” may include being paid to be a ‘brand ambassador’ even if that’s not the focus for a specific online review.

ICPEN also made this clear recommendation: “Digital influencers should turn down requests from businesses for them to post paid-for content without proper disclosure.”

The UK’s Advertising Standards Authority (ASA) has been one of the more pro-active regulators in terms of providing influencers and brands with advice on how to disclose their relationships properly.

Its latest guidance was issued in March 2017, focusing on affiliate marketing – a common element (although not the only one) in influencer campaigns.

Like ICPEN, ASA’s emphasis is that “marketing communications are obviously identifiable as such” with the body noting that in influencer marketing, this isn’t always obvious.

“In such cases, some form of additional disclosure is likely to be required to ensure that the affiliate content is obviously identifiable as a marketing communication,” the guidelines explained.

ASA’s view is that to conform to British advertising regulations, influencers posting or streaming videos should make their disclosure prominent: for example by using the word ‘Ad’ in the title of their video, while explaining the commercial relationship verbally and/or in the description of the video.

ASA also recommends that (non-video) social-media posts also use the ‘Ad’ identifier, and warns influencers that on platforms where their image may be the only thing that followers see, this identifier should be included in that image, rather than simply in its description.

The related Committees of Advertising Practice (CAP) which writes the advertising codes that ASA applies has also addressed the nuances of influencer marketing, most recently in an August 2017 blog post.

It provided its own definition of when an influencer’s content becomes an ad:

“When the brand has control over the content of the post and rewards the influencer with a payment, free gift, or other perk, the post becomes an ad."

"If the commercial intent isn't clear from the overall context of the communication, it should be labelled as an ad so as not to break the ASA’s rules and mislead the influencer's audience.”

The post also made it clear that when an influencer’s content generates a complaint to ASA, it will be both the influencer and their partner brand that will be held to account, rather than one or the other.

“We know that it can be complicated for brands and agencies to coordinate posts by potentially hundreds of influencers, especially as the influencers control the final upload,” explained CAP.

“But we also know that there are contractual obligations that can be put in place, and monitoring systems that can be used to maintain a high level of control over those posts.”

In the US, the topic of influencer disclosures falls under the umbrella of the Federal Trade Commission, which like ASA has taken a growing role in setting out the responsibilities for social stars and the brands they work with.

In April 2017, that included sending out letters to more than 90 influencers and brands, sparked by concerns over influencer marketing on Instagram in particular:

“The FTC’s Endorsement Guides provide that if there is a ‘material connection’ between an endorser and an advertiser – in other words, a connection that might affect the weight or credibility that consumers give the endorsement – that connection should be clearly and conspicuously disclosed, unless it is already clear from the context of the communication.

A material connection could be a business or family relationship, monetary payment, or the gift of a free product. Importantly, the Endorsement Guides apply to both marketers and endorsers.”

Importantly, the FTC also made it clear that influencers must be aware of the wrinkles of the various social platforms that could mean their disclosures go unseen.

“Consumers viewing Instagram posts on mobile devices typically see only the first three lines of a longer post unless they click ‘more,’ which many may not do. The staff’s letters informed recipients that when making endorsements on Instagram, they should disclose any material connection above the ‘more’ button.”

The FTC also pointed out that simply shoehorning #Ad into a much longer list of hashtags in a post is not adequate disclosure: “readers may just skip over them, especially when they appear at the end of a long post”.

It was a telling addition to the warning: regulators aren’t dinosaurs, rooted in the worlds of traditional media and ripe for new-media stars to run rings around their regulations. They are quickly getting to grips with social media, and making it clear how the existing rules apply just as much to this new space.

Influencers and brands don't just have to pay attention to regulators: the social platforms they operate on also have guidelines and rules around sponsored content and other commercial relationships.

YouTube last updated its policy in October 2016 for example, including requiring its creators to tick the 'Video contains paid promotion' box when uploading videos of that nature. There is also an option to add a 10-second text disclosure to these videos to notify viewers that they include paid promotion.

Facebook also has published its policies around branded content in videos and posts uploaded to the social network. It requires influencers to tag their commercial partners in their branded posts, which besides disclosing the relationship, also unlocks analytics on the post's performance for that brand to view.

Both YouTube and Facebook stress that these features do not remove the responsibility of influencers and brands to make sure their collaborations also satisfy external regulations.

Launching these kinds of tools is a smart move for the platforms, though, and we can expect to see them become more prominent. Instagram, for example, has also tested a feature for influencers to tag their partner brands in posts, which then includes a 'paid partnership' notification with those posts.

Words first, but then action

In the UK, US and other countries around the world from Germany to Australia, the emphasis so far has been on guidelines and warnings, rather than action. There have already been some cases of slaps on wrists for inadequate disclosure however.

In March 2016, multi-channel network Machinima settled with the FTC over an investigation into promotional videos for Xbox One game Ryse: Son of Rome posted by members of its network in 2013. The FTC’s complaint cited SkyVsGaming and TheSyndicateProject as two of the channels, criticising them for the lack of a disclosure that they had been paid by Microsoft.

The final order from the FTC “prohibits Machinima from misrepresenting in any influencer campaign that the endorser is an independent user of the product or service being promoted”, making the MCN responsible for the disclosures of channels within its network.

Also in 2016, the FTC settled a complaint with Warner Bros Home Entertainment over similar lack of disclosures in videos promoting its Middle Earth: Shadow of Mordor game in late 2014, with PewDiePie the most high-profile influencer named.

An important point from this settlement: Warner Bros HAD told influencers to disclose the sponsorship arrangement, but only in the description box below their YouTube videos.

“Because Warner Bros. also required other information to be placed in that box, the vast majority of sponsorship disclosures appeared ‘below the fold,’ visible only if consumers clicked on the ‘Show More’ button in the description box. In addition, when influencers posted YouTube videos on Facebook or Twitter, the posting did not include the ‘Show More’ button, making it even less likely that consumers would see the sponsorship disclosures.”

In the UK, the case most regularly cited of official action being taken happened in November 2014, when consumer brand Mondelez – maker of the Oreo biscuits – was sanctioned for videos promoting an ‘Oreo Lick Race’ on YouTube, uploaded on channels including AmazingPhil, TomSka and Emma Blackery.

While the videos included phrasing along the lines of “Thanks to Oreo for making this video possible” the ASA ruled that this was not adequate disclosure, especially when placed at the end of videos or lower down the video description.

The punishment here was light: “The ads must not appear again in their current form. We told Mondelez UK Ltd to ensure that future ads in this medium made their commercial intent clear prior to consumer engagement.”

But it laid down a marker that could summarise this entire article: in influencer marketing, it’s not enough just to disclose a commercial relationship. It has to be disclosed clearly and prominently.