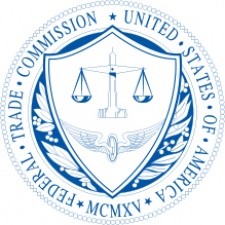 Two YouTube gamers have avoided fines for promoting a gambling service in their videos without making it clear that they were its co-owners.

Trevor 'TmarTn' Martin and Thomas 'Syndicate' Cassell have settled a complaint with US regulator the Federal Trade Commission (FTC), and have promised that in future they will "clearly and inconspicuously disclose any material connections with an endorser or between an endorser and any promoted product or service".

It's the first time that the FTC has taken action against individual influencers, although the Commission has been playing a more active role in reminding social stars about their responsibilities to disclose commercial relationships when promoting products or services.

"Consumers need to know when social media influencers are being paid or have any other material connection to the brands endorsed in their posts," said FTC acting chairman Maureen Ohlhausen as the regulator announced the settlement.

The pair promoted the site on YouTube and Twitter without, in the FTC's eyes, adequately disclosing that they were its president and vice president. What's more, the Commission says that they paid other online gamers between $2.5k and $55k "to promote the CSGO Lotto website to their social media circles, while prohibiting them from saying anything negative about the site".

With this case settled, the FTC is continuing to crack down on inadequate disclosures. The Commission wrote to more than 90 influencers and brands in April with a warning about this issue, and has now followed up with letters to 21 of those influencers – currently unnamed – citing specific posts that have caused concern.

The FTC has also updated its guidelines on product endorsement, with new content focused on social media influencers and marketing.