How to make money on Twitch 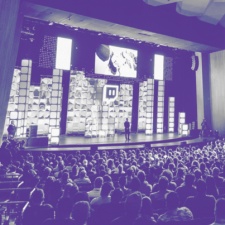 Don't tell us that you haven't clocked Ninja earning $500k a month from playing video games and thought for just a second about how cool it might be if you could also do that.

In the first of our ‘how to make money’ series, we’re going to run you through earning money on Twitch. All the ways to monetise a channel and then some.

While we’re not sure you’ll be able to buy a new house every month, here’s all of the ways that creators can make bank from streaming on Twitch.

Subscriptions are probably the easiest and most consistent way to net an income on Twitch. Creators can choose numerous ‘tiers’ for their viewers to subscribe to, ranging from $4.99, to $24.99.

Streamers can offer different rewards for each tier, such as special emotes or exclusive merchandise. Twitch takes 50 per cent of a subscription and pays out every 45 days.

Creators need to earn at least $100 in total before Twitch will pay out.

If you’re a friendly, personable human, it may be that your viewers just want to give you money anyway.

Twitch partners and affiliates can add a donation button to their pages that will link through to a PayPal address.

Tip: use an email address that you don’t mind having public, as anyone who clicks that donation link will be able to see it.

This option is more for those looking to make Twitch streaming a full-time gig. Broadcasters looking to partner up with Twitch need an average of 500 concurrent viewers per week, over at least three separate streams.

These criteria are waived if you happen to have 100k subscribers on YouTube. Creators with silver play buttons can get straight on board with the Twitch Partner Programme. This is handy if creators have built a loyal following on YouTube, but pretty useless for anyone else.

Becoming a Twitch Partner allows streamers to run adverts on their broadcasts. Twitch help explains how their "industry leading eCPMs" work, but doesn't detail how much a streamer can earn from ads. CPMs are generally decided by which quarters command the highest and lowest consumer spend.

Huff Post previously reported that streamers can earn between 50 pence to about £1.80 per 1,000 views, but that number may have altered since. Not a big earner, but it racks up if streamers run adverts regularly.

This also works nicely with subscriptions; viewers can subscribe for the privilege of not having to watch adverts on a broadcast.

The Twitch Affiliate program celebrated it’s first birthday last month after recruiting over 220,000 streamers.
It’s different to Twitch’s Partnership program in that the parameters to join are very low.

Streamers only need to have broadcast eight hours of content in the last 30 days stretching across at least seven streams. Add that to an average of three viewers per stream and 50 followers and you’ve got yourself an affiliate application.

Twitch Affiliates then have access to Twitch Bits, which works in a similar format to donations. Viewers can choose a number of Bits to donate, all varying in price.

Twitch has a function where viewers can purchase the game that a creator is streaming. It’s listed under the stream and some games companies will share a cut of that sale with the streamer.

It’s an easy way to both make a bit of cash and promote a game you love, but as you can imagine it won’t be a particularly sizeable cut., especially if a lot of streamers with bigger audiences are playing that same title.

This is a little different to recieving a cut of a game sale. Creators that focus on one game (or one more than other titles) have the opportunity to become ambassadors for them.

For example, Playerunknown's Battlegrounds has a dedicated roster of official creators that play a lot of PUBG on Twitch and YouTube.

If a creator builds a sizeable following from streaming one game (S'up, Ninja) then companies may reach out and offer a partnership with perks for streaming a title.

For example, streamer Kate Stark is partnered with PUBG.

While any creator or influencer can have a Patreon, it slots nicely in to the Twitch community.

It allows fans to support streamers with lower monthly donations if they can’t or don’t want to pay Twitch’s minimum sub fee of $4.99. It also allows you to set higher donation tiers than Twitch allows.

Creators can also share other updates and perks that are exclusive to Patrons, encouraging viewers and subs on Twitch to hop over to there too.

Patreon also doesn’t have any hoops to jump through – just make an account, link up your Twitch page and you’re good to go. Providing people want to give you money, anyway.