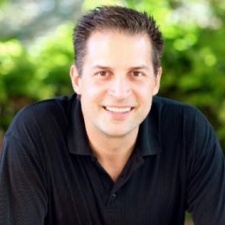 David Perry is a big name in video gaming circles.

He was the founder of games developer Shiny Entertainment, most famous for its Earthworm Jim games.

After a stint as Chief Creative Officer at Acclaim Games he co-founded cloud gaming service Gaikai, which would later be sold in 2012 for $380 million.

Five years later, he’s been named as the CEO of a new influencer platform called Vyrl, described as “a community of creators and tastemakers collaborating with brands to share products and experiences they love”.

Despite enjoying his time at Gaikai - and staying far longer than he had expected following the Sony acquisition, which would rename the platform PlayStation Now - Perry felt like the time was right for something new.

“I like the entrepreneurship stuff; I like the hustle and the craziness of it all,” Perry tells InfluencerUpdate.biz in an interview shortly after the announcement of his appointment.

He first came into contact with the Vyrl team through a school entrepreneurship program. Impressively the Chapman University alumni, which included the likes of Cade Proulx and Jason Goldberg, had already built up a company, raised money, committed many hours of research in the space and, importantly, already brought in the support of influencers and brands.

But Perry saw potential to make the company much bigger.

"There's two key things: one is becoming a platform and number two is going global,” he says. “So those will be the default steps. We will be doing some things that will be surprising too.”

Vyrl began by testing out its theories on how to match brands and influencers for marketing with photo sharing app Instagram.

Its first app, the aptly named Vyrl, worked much like Tinder in that users could swipe right to match and collaborate on a project, or left to pass. But while this worked for influencers, brands weren’t too happy with the platform as it was in this experimental phase.

Vyrl itself has moved on since, creating a new platform, that works like a store for influencers, not just on Instagram, where they can pick up ‘items’ - brands - freely, with no requirement to do anything with them.

“There is a qualification which basically means if the product isn't going to resonate with influencers, we will say we're sorry but that's not a product we think is going to work for influencers,” says Perry.

“If it's a brand they love and they've got something that influencers like, we're going to be literally calling them directly. So we're not going to wait for them to find us, we're going to go straight to them.”

Perry says he was attracted to the world of influencers due to the authenticity of it. If a person likes a product, it shows, if they don’t, it doesn’t.

He says TV is “not really an incredibly effective form of advertising, it’s a nightmare for the people who don’t want to buy the products”. Influencer marketing meanwhile, he believes, holds more value when a person you respect visibly shows how much they like something they care about, rather than an actor on TV or a slogan on a giant billboard.

“I've bought many things that I've seen, camera equipment, all kinds of stuff, that people have gushed over, people that I respect," he says. "When you see someone authentically talking about something they care about, that's when the penny drops and you go 'this is really valuable'.”

I don't want to just get lost in the noise.

It’s that authenticity that Perry wants to tap into with Vyrl, and not just have influencers marketing any old brand. It’s something he feels is wrong with the space right now.

“People are going to influencers that don't love their products and then making them show them,” he states. “That just means there's an inefficiency in the system here, because if there is someone who loves their product, wouldn't it be better to work with that person?

“It's a very basic concept, but it's one of the discoveries [we’ve made] and of course there's no question to the brands to understand the value of getting these people, because that's then a long-term relationship versus a short-term one.

“Yes I can get you to hold up a Mars Bar or something, and get you to say hashtag ‘I love Mars Bars’, that's not real. Wouldn't you rather that you're seeing them eat Mars bars all the time because they love them?"

He adds: “There's a space to be played with in here and because we're not just accepting the way things are, we can disrupt. That's why it's kind of fun for me to get into this space.”

Vyrl has recently been raising funding to fuel its ambitions, with its lead investor being The Cove Fund, though at the time of our interview, Perry said he didn’t expect to do a big funding round until Series A.

For now though, he’s focused on building the foundations for Vyrl to succeed in this increasingly competitive space. To do that, Perry says it’s important for the company to do something people wouldn't expect - as others are already doing that.

“I don't want to just get lost in the noise,” he says.