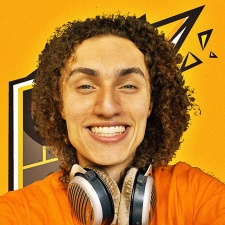 'Impossible Runner' is a tough-as-nails platforming runner; players progress by dodging and jumping over incoming obstacles.

The game is heavily inspired by the likes of 'The Impossible Game'.

"On my YouTube channel I play games all the time. I wanted to know what it was like to make a game from scratch so I made one." Jordi told InfluencerUpdate.biz

"I followed a tutorial from a YouTuber on how to make a game. After having a very basic Unity game I decided to keep on adding things untill I had created a 3D version of "the impossible game"

"Being on the game dev side of things this time instead of playing someone else's is a lot of fun. I can't wait to make more games and learn even more."

Jordi also told us that he's working on three more projects with other game devs, and to expect at least two more releases this year.

Kwebbelkop has been rising fast over the past couple of years, closing in on an astounding 8 million subscribers. He also spoke at Pocket Gamer Connects London, sharing insight from the perspective of a YouTuber.