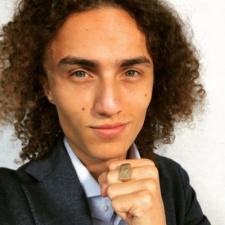 Making games is hard. Ask almost anyone who’s made a game from start to finish, and they’ll tell you. It’s every flavour of media made interactive and every part needs a different skill set.

YouTuber and developer Jordi ‘Kwebbelkop’ van den Bussche wants to branch out from just covering games by other studios. He wants to make and market his own games.

Kwebbelkop released his first mobile title back in February and racked up over 100,000 downloads in one week after promoting it on his YouTube and social media.

He has the platform, the skills and the team to create and promote his own games, and now he’s going to make that happen. We sat down and asked the young entrepreneur about his game plan and how he intends to juggle being a full time content creator with full time game dev.

InfluencerUpdate.biz: Why have you made the leap from playing other people’s games to making your own games?
Kwebbelkop: So I've always been very passionate about video games in general. While playing them on my YouTube channel I noticed that the games that I played always got a spike in popularity. That became another part of my business - promoting other games via my channel.

I then thought 'well why should I always be promoting other people's games when I could be making games myself?' I feel like I know what my viewers want, I know what other YouTubers want, and I thought it could be extremely big if a gaming company is working with an influencer who knows the market very well.

I couldn't find any gaming companies that were really doing that so decided to do it myself.

Tell us a bit about your first game, Impossible Runner?
Impossible Runner was actually the third game I've been working on. The first game I worked on was a game called Fru, which I did marketing for. It was a Kinect game for the Xbox One. That was where it all started for me.

I then released a game called Blockor.io, which had over a million unique players at one point. I don't really know the numbers now because this was over a year and a half ago now.

Then back in Feburary I released Impossible Runner. The idea of Impossible Runner was that I wanted to know what it was like to release a game by myself from A-Z. The previous two games I worked on with other developers and other team members, so I wasn't familiar with some of the processes that come with releasing a game.

I wanted to learn everything from coding, level design through to actually publishing the game. Impossible Runner got over 150 thousand downloads in a week I believe, which was an amazing number. I didn't make any money off of it because that wasn't my plan. I didn't want to sell something I didn't believe was good enough. I made it in about two weeks and it was the start of me seeing whether I could make a game.

Did you face any struggles making or promoting Impossible Runner?
I found programming quite hard. I had no experience with any type of programming language, I didn't know how it worked so had to learn it all from scratch. Publishing in the iOS store was hard as well. I also found bug fixing quite difficult.

It was also hard to actually come up with an idea, publish that idea and see thousands of people publicly tear it to pieces. All that aside, it was definitely a lot of fun!

What else have you got in the works you can tell us about?
We have a game in the making right now. It's called Super Seeker, but I'm not sure I can share anything on it right now. I can tell you that it's a hide and seek, prop hunt type of game.

When we came up with the idea we noticed that there's a lot of hide and seek styled mini-games within bigger games, but there's not really a dedicated game that does it really well.

We're also working on setting up a team to publish the games, so the entire development and publishing process will all be handled by my company.

As an influencer yourself, what advice do you have for brands looking to work people like yourself?
The best way to do influencer marketing is to really find an influencer that fits with your brand. So for example if a company approaches me and they want me to promote make up, obviously that isn't going to work because I play video games.

Even in video games there's different genres, you should find the influencers that play your genre, and approach them with something that will benefit both parties equally. Influencers are not going to work for free because they know that they can make everybody money.

For example, as I mentioned earlier I made Impossible Runner, I released it and we got 150 thousand downloads. That was all me. I didn't ask anyone else to do any promo. If you're a gaming company that makes a dollar per install, that's $150k for you right there.

What video games are you inspired by?

Influencers are not going to work for free because they know that they can make everybody money.

Kwebbelkop
It was Pokemon and The Legend of Zelda that got me in to games when I was a kid. Right now I'm playing a lot of Fortnite. I think Epic Games are doing everything perfectly right now. They did their whole influencer marketing campaign perfectly, they listen to the community, they're setting an example for a lot of game companies right now.

The games that inspired me to make my own games were titles like Stick Fight and Totally Accurate Battle Simulator. I was invited to go to Sweden and hang out with the Landfall team and they showed me some really cool stuff. I've also worked with Space Ape on a couple of campaigns. All of that was super cool and made me wonder if I could do something like it myself.

I believe if I make a good game and promote it on my YouTube channel then this fantasy isn't too far-fetched!

Will you be putting YouTube on the back seat and doing less content while focusing on game dev?

I've set up my YouTube channel so that I can do a lot of work in a short period of time. We have eight people working on Kwebbelkop videos, so everybody is editing and making sure content goes out every day.

Don't be afraid to hire people as a creator, because that's what every big company does! When your business reaches a certain point, you either have to hire people or work yourself in to a burnout, and my life and mental health has improved a lot since I brought more people on board.