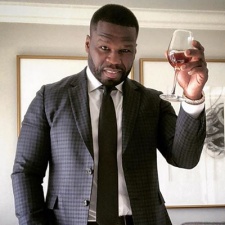 Rapper 50 Cent has said that he’s abandoning Instagram after the service removed some of his content without permission.

“I’m leaving IG, I’m going back to Twitter,” he said in a post late last night. “They take shit down off my page with out notifying me. #censorthesenuts”

50 Cent has nearly 18m followers on the Facebook-owned service.

The saga becomes more complicated, however, when you look into precisely what content was removed. Business Insider reports that the post in question was actually a screenshot of a sex tape featuring singer Teairra Mari. This separate scandal will likely see Mari heading to court.

"Recently, my social media was compromised by someone who I felt was deserving of my love and trust,” she said on Twitter. “That person proved to be untrustworthy and posted footage of what in the moment was private and sacred.

“Moving forward, I recognise the need to be more cautious and discerning. My hope is for women to remain strong and dignified when they find themselves having to address hateful and juvenile acts by former lovers who find it difficult to act in an adult manner.

Taking all of this into account then you would expect Instagram to remove such content, which is in clear breach of its T&Cs. It also seems a little strange of 50 Cent to take such a stand on the issue.

Saying that, in 2015 he was ordered to pay ex-girlfriend Lastonia Leviston $5m after publishing a sex tape featuring her, along with his own commentary. In the same year the rapper filed for Chapter 11 bankruptcy protection after accruing personal debts of more than $28m.