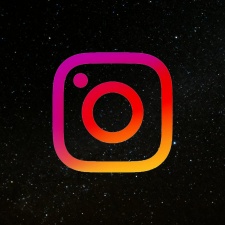 Everyone loves a dark side, and now Instagram users have the choice to make the switch.

On October 8th, the photo-sharing app launched its own dark mode, following on from the likes of Facebook and Twitter, as well as other apps, including Discord and Twitch. The update was announced by Instagram head Adam Mosseri.

To toggle dark mode on and off, users must go into the app within their phone's settings, not the app itself. It's only available to iPhones running iOS 13 and Android phones running Android 10.

While turning off the lights, Instagram has also quietly removed the 'following' tab. This option within the app curated a separate feed that allowed users to see what their friends and followers were liking and commenting on.

The tab was quietly taken down in August, but Instagram has now officially confirmed its departure. Though naturally, not all users are pleased about Instagram removing its glorified stalking feature.

did instagram really take away its following activity tab, how the FUCK am I suppose to know shit now

As well as the above, Instagram is reportedly testing a group stories function, which will allow multiple users to contribute to a story post together. The discovery was made by tech tipster Jane Manchun Wong.

Another update released in August also lets Instagram users flag false or suspicious information shared to the platform. The update is only live in the US currently, but it is part of a string of steps to improve safety and wellbeing on Instagram.