VidCon's new grant will give an emerging YouTuber $2000 every week 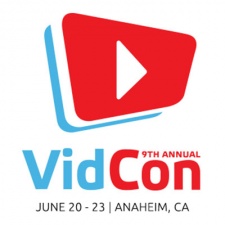 Creator convention VidCon has announced that it will be backing content creators with a new grant.

Every week, the company will give $2000 to a different content creator, no strings attached. The grant will run for a year, meaning $104,000 will go to rising YouTubers.

"Every week for the next year, we're going to be giving $2000 to a different creator. VidCon's production and content staff will be going through applications and doing our best to pick out different kinds of creators who are pushing boundaries, creating for underserved audiences, and/or making the world a better place with their content,"

"If we don't pick you, it isn't because you aren't great. We aren't trying to change the world, but maybe this money will help you take a risk, do a location shoot, or get a better computer. We just want to make things a little easier because we know this is hard."

The grant will only consider those bringing in less than 150,000 views, which promises to be a nice boost for rising creators.

You also need to be uploading at least two videos a month consistently for six months prior to the application.

The money can be spent on whatever a creator feels they need it for. Whether that be new equipment or funding an ambitious project.

The application is only open to US based creators at this time.