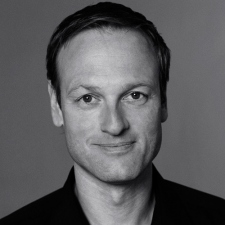 Bad coverage for your game can ultimately end up as a good thing, says Rockfish Games CEO Michael Schade.

Speaking at The Big Indie Fest @ ReVersed, Schade, whose studio developed space shooter Everspace, discussed how coverage on channels such as YouTube and Twitch had greatly helped raise the profile of its title.

One key tip he offered developers is getting in on streams and offering to answer questions from spectators during it.

This can help raise your profile and create a good relationship with gaming communities, as well as add value to the streamer’s content as other channels at that time aren’t getting the same treatment.

Schade also said it’s a good idea for developers to watch an entire stream, even if it lasts for hours, as you can then use certain key moments to promote the game on other social media channels, such as Twitter, to generate better engagement.

Taking the good with the bad

While Schade spent time on many of the positive examples of YouTube videos and Twitch streams, he also discussed what can happen when there is negative coverage.

One video he reflected upon was on by the late PC critic TotalBiscuit, who hated the game.

While the development team at Rockfish was tempted to defend the game and discuss elements they felt the YouTuber had missed, they ultimately decided against it.

Schade said when it comes to Reddit, all you need is 10 per cent of people defending you, and it creates a discussion that ultimately has people talking about the game.

TotalBiscuit’s video ended up going viral, with many backing the PC critic, while others supported the developer.

Schade said that while at a high level this was bad PR, it was ultimately good for the game in the end.