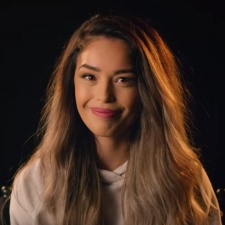 Keeping up the trend of streamers switching platforms into 2020, Rachel 'Valkyrae' Hofstetter has revealed that she's left Twitch in order to stream exclusively on YouTube.

The 100 Thieves creator announced the change in a short video clip posted to Twitter and YouTube. At the end of the video, Hofstetter states "it's time for the next chapter".

Her debut stream will take place on her YouTube channel on January 14th. Hofstetter's channel has been active since 2014 and videos are uploaded frequently, but from the 14th all of her live content will be broadcast there too.

"You've watched me grow into the person I am today," Hofstetter said in the announcement video. "And I'm so excited to keep moving forward."

Hofstetter follows in the footsteps of fellow 100 Thieves creator Jack 'Courage' Dunlop, who also made the switch from Twitch over to YouTube in November 2019. At the time, Dunlop said that making the switch has given him "more opportunities" and his departure from Twitch has eliminated his "fear of being tied down by a sub button".

According to esports reporter Rod Breslau, sources have stated that Hofstetter's new deal with YouTube is "less than the $1+ per year that other major streamers have received in their own deals". Breslau was also first to comment on Hofstetter's deal with YouTube earlier today prior to its official announcement.

while the terms for Valkyrae's move to YouTube from for Twitch are significant, it is less than the $1 Million+ per year that other major streamers have received in their own deals, sources said

Of course, Hofstetter is the latest in a line of huge streamers hopping over to different platforms. The most notable moves in the last six months were Tyler 'Ninja' Blevins' jump over to Mixer, followed by Twitch giant Michael 'Shroud' Grzesiek. While the finer details of these deals are kept under wraps, it's estimated that each platform is shelling out millions of dollars per year, per streamer. Check out our list of platform-hopping streamers to see who else moved in 2019.