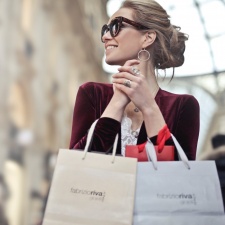 A new study has revealed how micro-influencers are currently dominating Instagram.

According to the '2018 Global Micro-Influencer Study' by influencer marketing platform SocialPubli.com, small creators on Instagram are generating up to seven times more engagement than profiles with much larger followings.

SocialPubli.com surveyed 1000 micro-influencers alongside a number of internal campaigns to see how they perform compared to bigger influencers.

“Influencer marketing is at an inflection point and micro-influencers are playing a vital role in its evolution from a passing fad to a permanent, viable and effective marketing strategy," says SocialPubli.com CEO Ismael El-Qudsi.

"With this first installment of our global study, we wanted to hear first-hand from micro-influencers to offer brands not only a panoramic view of this powerful category but also a deep dive into their beliefs, preferences, and behaviours."

The research found that 80 per cent of micro-influencers spend at least three hours on social media a day. 47 per cent of those spend more than five hours online.

There's good news for brands too - micros are avid brand advocates, with 84 per cent of them pushing products and taking part in deals at least once a week.

Even with large volumes of brand deals, authenticity still shines through. 37 per cent of micro-influencers choose to work with a brand because they love it.

However, many smaller creators feel as though their work is often overlooked. 68 per cent of micro-influencers believe that their content isn't 'sufficiently recognised'.

As for where they do it - Instagram shines as the platform of choice for 61 per cent of micro-influencers. Facebook came in second with 17 per cent.

Working With Brands month is brought to you in association with Nevaly. We bridge the gap between your brand objectives and the social landscape by delivering creative solutions that resonate with audiences through content and activations they know and love. Find out more here.