Junk food influencer marketing is becoming a problem in Norway 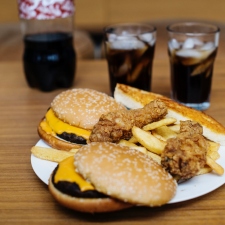 According to a report by the Digital Marketing of Food and Drink by Influencers, teenagers in Norway are not protected against the advertising of junk food online.

The report states that social media is actively being used to promote unhealthy food to children around the ages of 12 to 18. The report found 11 out of 16 videos on some of the most popular Norweigan YouTube channels promoted unhealthy food in a study conducted in 2018.

The report highlights YouTube channel CokeTVNorge and explains, “they invite young, popular YouTubers as guests in the programs broadcast on CokeTV, while getting the guests, who often have a much larger audience than CokeTV themselves, to create videos where they cut in small shots from the programs they themselves are in. Although these short video clips are labeled as advertising, they appear more like advertising an entertainment program than advertising a product".

The report goes on to mention other brands such as Go’ morgen yoghurts from TINE, Hennig-Olsen ice cream, and Burn energy drink.

In 2012, a proposal to regulate a ban on marketing unk food towards children was created by the Norweigan Consumer Council. However, authorities chose instead to make an agreement with the food industry to establish a self-regulation scheme, somewhat similar to what was done with the gaming industry in North America back in the 90s.

A spokesperson with the council stated: “we believe the guidelines do not give children and young people the protection they should receive against the marketing of products that increase the risk of obesity and a diet that does not promote health and healthy development."

The council has argued how self-regulation still doesn’t provide enough protection for children against this kind of marketing. Consumer Director Inger Lise Blyverket added: “there is a need for proper mapping which also includes social media channels such as Snapchat and Instagram.”