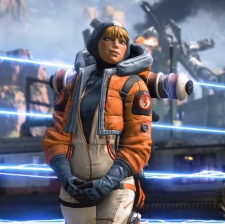 Fortnite tops the chart for another week, but it saw a sizeable drop compared to the previous week. The battle royale racked up over 25 million hours, but saw a 14.2 per cent decrease in watch time.

League of Legends takes its usual spot in second, bringing in 19.3 million hours in the last week. It also saw a drop off of 12.1 per cent, an even larger decrease than the week prior.

Counter-Strike: Global Offensive smashes back into the chart at third after a 177.8 per cent increase in views. The spike in views was likely caused by the ESL One Cologne tournament which came to an end last Sunday.

Teamfight Tactics remains a solid fourth for another week; a 1.1 per cent increase in views keeps it just above Grand Theft Auto V, which came in fifth.

Apex Legends makes a re-appearance this week after a 124.6 per cent increase in hours watched over the last week. The launch of season 2 and new legend Wattson sees a number of streamers returning to Respawn's battle royale offering. Minecraft closes the chart in tenth place and suffers a 3 per cent drop in hours watched.