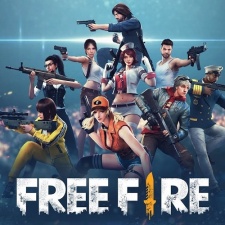 Fortnite reigns supreme for another week racking up over 29.1 million hours watched. League of Legends keeps its regular spot in second despite an 11 per cent drop in hours watched.

Dota 2 moves into third after an 89.2 per cent increase in hours watched. Valve's MOBA amassed over 18.8 million hours last week. A large amount of these views can be attributed to ongoing coverage of the Dota 2 Epicenter Major that concluded on Sunday.

Teamfight Tactics is in fourth for another week, and a 25.3 per cent increase in views sees this new League of Legends mode rack up over 16.2 million hours watched in the last week.

PlayerUnknown's Battlegrounds sees a 14.9 per increase, racking up over 10 million hours last week. Overwatch takes eighth after a 10.9 per cent rise in views.

Minecraft moves up one place to ninth despite a 4.6 per cent decrease in hours watched, and mobile title Garena Free Fire takes tenth, entering the chart with 6.5 million hours watched in the past 7 days.