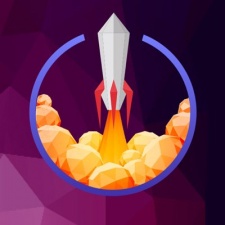 Almost three-quarters of Twitch's entire viewership is generated by the platform's top 5000 channels.

That's according to StreamElements' state of the stream report for Q2 2019. The report also details the streamers, games and categories that have been dominating Twitch this quarter.

Twitch is still the most popular streaming platform by a significant margin, with 4x more hours watched than YouTube live despite a decline in viewership. YouTube Live numbers were also on the rise, the platform hit a peak of 248m hours watched in May.

With those hours in mind, it's not surprising that Twitch is owning the live streaming corner too. 72.2 per cent of all hours watched in Q2 belong to the purple giant, and YouTube Live takes 19.5 per cent.

Facebook Gaming has stepped over Mixer to become the third largest platform for live streaming. It racked up over 197.7 million hours in Q2, which made up 5.3 per cent of the overall viewership. Mixer accounts for the remaining 3 per cent of hours watched, amassing over 112.2 million hours.

Top of the class

StreamElements has broken down the average concurrent viewership (CCV) for the top 5000 channels on Twitch. This provides a new method of measuring an influencer's reach by how many viewers they bring in.

The average CCV of the top 5000 channels overall has risen by around 12 per cent in Q2, in comparison to Q1.

While Ninja is still leading the charge with followers on Twitch, he's not bringing as many views as other fast-rising streamers. Fortnite streamer Tfue racked up 6 million more hours watched than Ninja in Q2.

The top spot is also turbulent, with a different streamer claiming the gauntlet each month. In April, Summit1g was the most watched streamer on Twitch, with Tfue in second and Ninja in third. In May, Tfue rose to the top, Ninja took second, and Sodapoppin crept into third. Last month, while Tfue stayed on top, the top 5 shuffled, with retired Overwatch pro xQcOW taking second and Shroud placing third.

The report also touches lightly on esports on Twitch. Surprisingly, esports events only make it 24.2 per cent of views on the platform. That number is interesting, considering how many esports-focused channels are often found in Twitch's most-watched each week, particularly for Dota 2 and League of Legends.

Popular games on Twitch have also shuffled slightly throughout 2019. Fortnite and League of Legends have managed to regain first and second place respectively in the top 10, but Grand Theft Auto has replaced Apex Legends in third. While Apex had a huge launch, views have dwindled off for Respawn's battle royale, and it no longer appears in the top 10.

Twitch's Just Chatting category keeps its place in fourth with a 7 per cent increase in viewership. World of Warcraft saw a 64 per cent increase in hours watched in Q2, moving to seventh place from tenth. Counter-Strike: Global Source saw the biggest drop off in views, but it managed to stay in sixth place despite the loss.

Overall, Twitch is still very clearly the dominant platform, but that's not to say that places like YouTube Live and Facebook Gaming are not growing. Both saw an increase in interest and viewership in the last three months. There's also solid competition in Twitch's top end, with at least eight very different creators swapping in and out of that top spot.