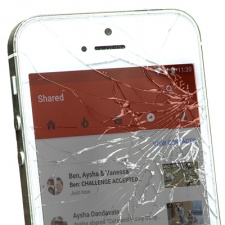 YouTube has made the relationship between itself and Twitch difficult once again; it’s been made apparent that channels have been temporarily suspended after promoting Twitch streams.

There has been a rule enforced for a while stating that content shouldn’t have the purpose of just driving people away from the website. YouTube is now enforcing rules for video promoting, a number of accounts have been terminated almost instantly, compared to just issuing a warning.

Creators have been sharing their annoyance about this current situation, stating that no previous warnings had been issued prior to the termination. Linus Tech Tips is one creator that have been affected by this, they didn’t face a termination of the account but they did receive a strike on the video in question.

Team YouTube responded on Twitter saying that users are allowed to upload videos promoting Twitch streams and that there is no new rules in place for promoting.

A number of the accounts have been reactivated since the conversation circulated around on Twitter. YouTube have not commented further on the ongoing problem with this.

YouTube continues to clamp down.. Just got a strike for posting a video letting our subscribers know the WAN Show is live... https://t.co/hiKWK1cCep

Yes, this action makes me so motivated to stop streaming on Twitch and switch to YouTube right now /sarcasm

You can absolutely create videos that promote or link to Twitch! And there's no new enforcement. As stated in our Community Guidelines, if the content's main/sole purpose is to drive people off YouTube and onto another site, it will likely violate our spam policies.