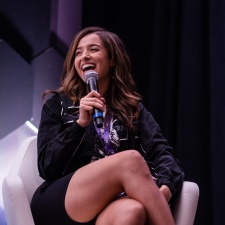 With streamers hopping to and from platforms like an industry-wide game of musical chairs, one of Twitch's biggest creators has announced she's staying put.

Imane Anys, known on Twitch as Pokimane, has confirmed a multi-year deal to continue streaming exclusively with the purple giant. Anys is represented by talent agency UTA, who brokered the arrangement.

Anys began streaming on Twitch in 2013 and has amassed a huge community since. She's also the most-followed female streamer on the platform.

“Since I began my gaming career on Twitch six years ago, the platform has given me such an incredible opportunity to create content and connect with people around the world,” Anys said.

“The community of streamers on Twitch, as well as the community I've built around my channel, both mean so much to me. I want to continue to make a lasting impact on the world of live streaming, and I truly believe there's no other place that has the infrastructure and tools that will allow me to do so.”

Twitch’s senior VP of content and partnerships Michael Aragon added: "over the years, Pokimane has made significant contributions to the Twitch community and has become emblematic of the connection and experiences that Twitch is known for,”

“Creators like Pokimane are driving the future of what’s possible with live streaming and speak to the way in which the Twitch platform has grown to reach new audiences. We couldn’t be more excited that Twitch will be her home for years to come.”