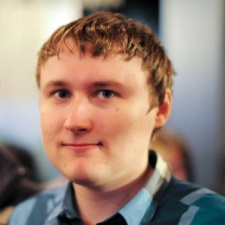 At Devcom 2017, Anatoly Ropotov, CEO of Game Insight, gave a talk on how to turn "viewers" into players.

Game Insight has recently turned its attention to eSports, YouTube, and streaming as a new market to invest in, with games such as Guns of Boom and Survival Arena which focus on being "inherently streamable".

To begin making a game "streamable", Ropotov suggested streaming your own game to your friends on Facebook, and making observations as you play.

You can then ask your friends about the stream and work out where the game needs more emotional moments that will make it more attractive to influencers and streamers.

"You will have to compromise your original game idea," said Ropotov, noting that you will have to rip out some of your grander ideas for the game in order to implement streaming or make the game simpler to create videos about.

However, there are ways to avoid having to mess the original vision and still make an interesting streaming experience. Game Insight, for example, has implemented an AR spectator mode to Guns of Boom.

Once you've built up a viewing audience, it is important to reward them. Game Insight does this by sharing their players' videos in the game, rewarding them for putting in the effort.