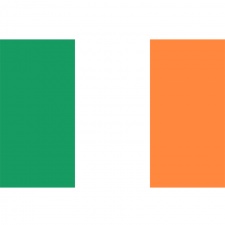 If you follow a few travel bloggers and influencers, expect to see a few shots from County Kerry in Ireland over the next few days.

More than 600 influencers are descending on the county for the TBEX Europe travel-industry conference, which this year has a focus on the emerging class of online stars on platforms like Instagram, YouTube, Facebook and Snapchat.

Hopes are high that the event will have a positive impact on Ireland's prospects as a tourism destination.

"This highly influential group will spend on average two weeks in Ireland, exploring and experiencing all that is on offer," said Paul Kelly, CEO of Irish tourism trade authority Fáilte Ireland, which has been organising activities for the visitors.

"When we consider the scale of their audiences, hosting these delegates is a unique opportunity for us to increase Ireland’s digital footprint and reinforce the many reasons why Ireland should be a destination of choice for these influencers and their followers."

The conference is a sign of the growing clout of social stars within industries like travel. Games too, has seen a sharp uptick in the prominence of influencers at its conferences around the world in recent years.

"Add to that, the thousands of photographs posted to Instagram, Google + and other sites, the videos on YouTube, the hundreds of blog posts, the Facebook posts, Pinterest posts and Snaps; you are looking at years’ worth of media exposure packed into a few days."

Well, maybe not Google+, but with the other platforms, it's clear why Instagrammers and snapchatters are rubbing shoulders with CEOs and marketing officers at industry events like this.

Instagram influencer lets his job-juggling mother pay for his holidays