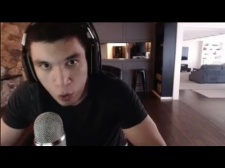 A popular Twitch streamer has been banned from the platform, after he was found to have made a number of sexist comments aimed at female content creators.

Trainwrecks, who is well-known for streaming World of Warcraft, was prevented from posting any further streams on Twitch for a five-day period.

Twitch made the decision to temporarily ban the streamer, after comments he made about the rise in female users flaunting their body parts went viral. The rant attracted a huge number of complaints from across the streaming community, and was considered to be both unprecendented and extremely offensive to female Twitch users.

This is not the first time that Trainwrecks has been suspended from using the platform. The streamer has been banned prior to this for streaming content that violates Twitch's guidelines.

Fellow streamers took to Twitter after the ban was implemented, suggesting that he was simply addressing a real issue and that his comments were not intended to criticize the female gender as a whole.

Some Twitch users expressed frustration at a lack of clarity over Twitch's terms of service.

The rules of Twitch officially state that “Non-Gaming: You may not stream non-gaming content as the focus of a stream. Please keep your broadcast content related to a gaming theme. While not all of your stream must be directly gaming, we do not allow extended periods of non-gaming content to be broadcast on Twitch.”

Unfortunately, a number of users are seeking to manipulate this rule, which seems to be angering other streamers on the platform.