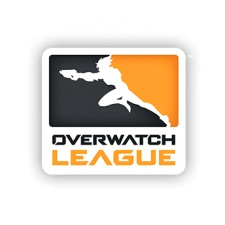 Blizzard held a number of pre-season games ahead of the official kick-off in the New Year, but the tourny officially began on December 7th.

The Blizzard Arena in Los Angeles was decked out to a surprisingly high standard, and fans piled in to watch the world's top Overwatch players battle it out.

Esports is still considered to be in it's infancy by many. However, Blizzard very confidently pulled out all the stops to prove that the Overwatch league is here to stay.

It's literally got sport in the name

Last week’s matches didn’t just reaffirm the gaming industry's confidence in professional gaming. It also highlighted that the sporting industry is starting to take esports a little more seriously, which could result in some serious investment for the fast-expanding space.

Entering the Overwatch League isn't cheap either, and for good reason it seems. Blizzard are keen to attract serious investors to the league. This is expected, with every professional player taking home at least a $50,000 salary.

The prize pool also consists of a cool $3.5 million, with a minimum of $1 million awarded to the Season 1 champion.

Not only does this show that sporting companies are ready and willing to take esports seriously as both an event and an industry; the video game industry itself should begin to benefit from the additional attention and investment.