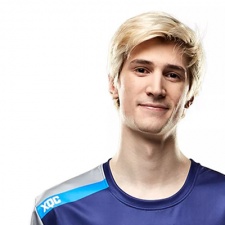 Esports is already maturing when it comes to finances, but now it is having to play catch up in terms of professionalism.

Blizzard has taken action against four competitors that currently play in its Overwatch League.

Timo ‘Taimou’ Kettunen of Dallas Fuel has been fined $1,000 “for using anti-gay slurs on his personal stream”. Tae-yeong ‘TaiRong’ Kim of Houston Outlaws received a formal warning “for posting an offensive meme on social media”, although Blizzard added that his punishment was eased after a public apology and a charity donation.

Félix ‘xQc’ Lengyel of Dallas Fuel, meanwhile, was suspended for four matches and fined $4,000 after he “repeatedly used an emote in a racially disparaging manner on the league’s stream and on social media, and used disparaging language against Overwatch League casters and fellow players on social media and on his personal stream”. He had previously been warned and fined for similar offences.

In fact, since the news Dallas Fuel have announced that xQc has been released from the team entirely.

“There are few players out there who have achieved as much success in as short a time as Félix has in competitive Overwatch,” Fuel owner Mike Rufail said. “Ultimately, it was in the best interest of our organization and Félix to part ways before the expiration of his contract. No one wants to see Félix succeed more than we do, and we believe he has a bright future ahead of him. I want to thank him for his time and the passion he brought to the Dallas Fuel.”

Ted ‘Silkthread’ Wang of Los Angeles Valiant, meanwhile, was fined $1,000 for account sharing, which is a violation of the Blizzard EULA.

A big issue esports faces is that the reaction to Blizzard’s move has been largely negative within the fandom. The truth remains that while esports continues to grow and attracts new fans everyday, its core remains young, male and white – and it’s a community in which certain viewpoints continue to endure.

It’s undoubtedly true that the sorts of actions xQc was dropped for are frequently encountered when playing online. This is often used in defence of such behaviour, when in fact it merely heightens the rightful condemnation.

“It is unacceptable for members of the Overwatch League to use or distribute hateful, racist, or discriminatory speech or memes,” Blizzard said. “It is important for all members to be aware of the impact their speech may have on others.

“The overwhelming majority of Overwatch League players and staff are taking full advantage of the opportunity to play in the first major global, city-based esports league, and are rising to meet the occasion as the public figures that they are. We are committed to building a community around the Overwatch League that is welcoming and inclusive for all players and fans, and we hope that these disciplinary actions demonstrate our seriousness in that endeavour.”