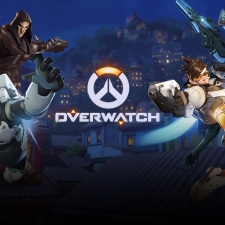 Games firm Activision Blizzard has announced that its Overwatch e-sports league will start in January 2018 with 12 professional teams taking part.

The league's pre-season exhibition matches will kick off on 6 December in Blizzard's own arena venue in Los Angeles, with the main season getting underway on 10 January.

"This is a huge milestone for the league; we can’t wait for the action to get underway and to see some of the top competitive Overwatch players in the world facing off to become the first-ever Overwatch League champions," said Blizzard CEO Mike Morhaime in a statement.

A mixture of entrepreneurs, brands and e-sports teams have stumped up for the 12 franchise spots in the first season, with reports suggesting they are paying $20m each for the privilege.

The league will showcase new and established gaming influencers, who'll all be on professional sports-style contracts with a combination of base salaries, bonuses and benefits. For now, details on the actual team names and the format of the league are under wraps.

More than 30 million people are playing Overwatch, which means a decent base for potential viewers of the new competition - and in turn, an incentive for brands to get involved if they can.