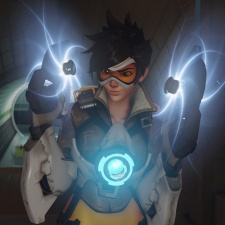 That means for the next two years - covering seasons one and two of the league - Twitch will be the exclusive third-party host for regular-season, playoff and championship matches on its service. Streams will be available in English, Korean and French.

Blizzard will still host streams on its own website, however. Twitch’s deal does not include rights to stream to the Chinese market.

Twitch has said it’s working with the game’s developer to create new rewards for Overwatch fans, such as exclusive in-game items. It has also announced plans to add custom Overwatch League ‘cheermotes’, which will be revealed at a later date.

The first Overwatch League match kicks off today at 4pm PST, which you can watch below.

It’s a big move for Amazon-owned Twitch and according to Sports Business Daily could cost it somewhere in the region of $90 million, making it one of the biggest deals ever in esports.

It expands on an agreement between Twitch and Blizzard signed last year that gave the streaming service rights to esports tournaments for games such as Starcraft, Hearthstone and Heroes of the Storm.