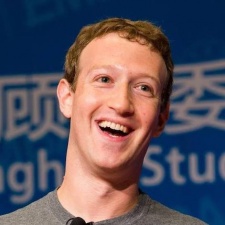 Facebook CEO Mark Zuckerberg says that people spent 50 million less hours a day using the social network in the final quarter of 2017... but he's proud of that statistic.

"In 2018, we're focused on making sure Facebook isn't just fun to use, but also good for people's well-being and for society. We're doing this by encouraging meaningful connections between people rather than passive consumption of content," said Zuckerberg in an official statement released with Facebook's latest financial results.

"Already last quarter, we made changes to show fewer viral videos to make sure people's time is well spent. In total, we made changes that reduced time spent on Facebook by roughly 50 million hours every day. By focusing on meaningful connections, our community and business will be stronger over the long term."

Facebook's crackdown on viral videos, partly spurred by criticism of the way 'fake news' spread through its network during recent elections, has been a sharp wakeup call for a number of video publishers, including individual influencers.

Reading between the lines of Facebook's earnings call, the emphasis for professional video creators – be they companies or influencers – may be swinging towards Facebook Watch, the video-focused section of the social network, rather than its news feed.

"Over the next three years, we know video will continue to grow. So our job is to build a video experiences that help people connect with family, friends and group," Zuckerberg told analysts.

"That's why I'm excited about Watch as a place to connect with people who have similar interests and why we launch a product like Watch party, where friends can watch a show together."

He later elaborated on the difference between the two sections of Facebook. "It's really important to internalize that the News Feed video ecosystem and the Watch video ecosystem are almost completely separate things," said Zuckerberg.

"So the Watch behaviors that we're building is one where people come intentionally to watch specific videos and to interact with the community around that."

Another of Zuckerberg's comments – on the 'stories' format cribbed from Snapchat – will be parsed carefully by influencers of all stripes who are mulling where to spend their energy creating content for Facebook and sub-properties like Instagram.

"We expect stories are on track to overtake posts and feeds as the most common way that people share across all social apps," he said.

"That's because stories is a better format for sharing multiple quick video clips throughout your day. The growth of stories will have an impact on how we build products and think about our business, including WhatsApp and Instagram which are the number one and number two most used stories product in the world."

WhatsApp bigger than Snapchat for stories? That's a claim that, we suspect, may be challenged by the latter company, certainly in terms of active use of the format.