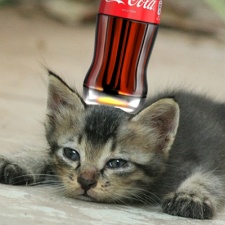 Long established influencer Wendy ‘Xiaxue’ Cheng has said that far from shying away from controversy, brands should be grateful for the added exposure they provide.

“I feel that advertisers were too nit-picky about this,” she argued, as reported by The Drum. “If I see a Coca-Cola ad before a Logan Paul suicide forest video, I’m not going to think that Coca-Cola endorses suicide.

“I don’t think that’s negative for the brand because if you are an advertiser on YouTube you never know whose video your ads are going to appear and that is the risk you have to take.

“At the end of the day if the influencer does something really shameful, for example, if someone is advertising with me and tomorrow I am killing kittens, the brand would come out and say, 'it was a mistake to advertise with her and we don't associate with killing kittens'.

“Not only do they avoid the killing kittens issue, but they also get publicity for that. All the news outlets would be covering this influencer being dropped by this brand. So, I don’t think it is bad news for the brand. It is almost like a different kind of marketing.”

It’s interesting that Cheng should use Coca-Cola as an example here, as it’s a brand that pioneered lifestyle marketing and the power of manipulating consumers into wanting to be associated with a product. We can’t immediately recall any previous campaigns where Coke has engineered association with the slaughter of domestic pets, however. Maybe one for the future?

When questioned on what she did think were pressing issues for advertisers, Cheng thought that fake followers should be a more immediate concern than killing kittens.

“We need to get rid of fake followers problem because a lot of people buy them and it is virtually impossible to detect because the bots are so sophisticated now,” she said.