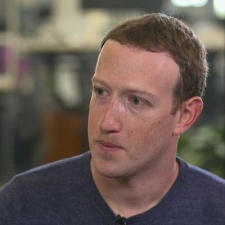 Facebook boss Mark Zuckerberg has finally broken his silence on the Cambridge Analytica scandal that has threatened the very foundations of his network.

“We have a responsibility to protect your data, and if we can't then we don't deserve to serve you,” he said in a lengthy post. “I've been working to understand exactly what happened and how to make sure this doesn't happen again. The good news is that the most important actions to prevent this from happening again today we have already taken years ago. But we also made mistakes, there's more to do, and we need to step up and do it.”

He went on to detail how tech enhancements were made to the site in 2007 to allow for more data integration across users – this was used for functionality like seeing friend’s birthdays on your calendar. In 2013 a personality quiz app created by Aleksandr Kogan used this access to gather lots of user data. Facebook allegedly recognised this as a problem and made changes to prevent it in 2014.

However, in 2015 it learned through journalists that the data already gathered had been sold to Cambridge Analytica. Both the app creator and CA then formally certified that the data had been deleted, although this appears now not to have been the case.

“This was a breach of trust between Kogan, Cambridge Analytica and Facebook. But it was also a breach of trust between Facebook and the people who share their data with us and expect us to protect it. We need to fix that,” Zuckerberg added, before detailing a number of measures including investigations further limitations on how much user data can be accessed and increased visibility for users about which apps they have previously granted permission to access their profile – along with a simple mechanism for revoking such rights.

Too big to fail?

Zuckerberg subsequently appeared on CNN where he finally uttered the words “I’m really sorry” and admitted that he wished he’d locked down user data earlier.

“I think we've started off a little bit on the idealistic, and maybe naive side, right, of thinking that that vision around data portability and enabling social apps was gonna be what our community preferred, and I think what we've learned over time very clearly is that the most important thing always is making sure that people's data is locked down,” he claimed.

“One of the big misconceptions about Facebook is this idea that we somehow sell data. We don't sell any data to anyone and that's actually a really key part of the model.”

Zuckerberg also conceded that an organisation as powerful as Facebook should probably be regulated, although he argued he is not sure what form that regulation should take – a comment that perhaps read as him saying many governments, including the current US administration, could not be trusted any more than the Russian state bots that have already been manipulating his network.

Critics have pointed out certain key facts were omitted from Zuckerberg’s statements, such as the claim that Facebook initially attempted to sue the journalists who unearthed the Cambridge Analytica scandal before relenting once it was clear the information was going public.