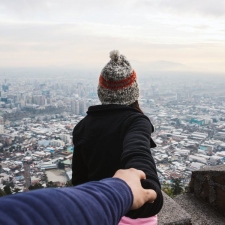 New research by Fullscreen and Shareablee has revealed that only 38 per cent of Gen Z and millennials trust influencers in the digital space.

In the report, Fullscreen surveyed 31,802 influencers across major platforms, as well as gathering feedback from 1,200 influencer enthusiasts aged between 18 to 34.

The study also reported that trust in digital creators is generally higher than trust in brands, but the combination of the two creates a positive halo effect.

According to Fullscreen, 54 per cent of the 18 to 24 demographic is more likely to trust an influencer's content, where only 36.5 per cent of 25 to 34 age bracket are likely to.

That said, the latter is also 44 per cent likely to trust an influencer's opinion over a brand's self promotion.

The research also showed that digital influence is paying off. A reported 42 per cent of people confessed to trying a brand or service after seeing an influencer representing it. 26 per cent said they'd actually spent money on a product after seeing a sponsored post.

The data showed that digital creators (trailblazers and emerging voices) triumphed in the engagement department. According to Fullscreen, the aforementioned categories are beating microinfluencers and celebrities in terms of cross-social engagement rates.

Check out the full report here.