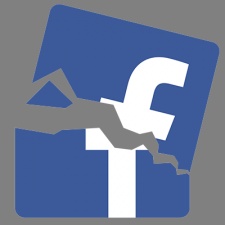 Significantly more Facebook users may have had their data obtained and sold by Cambridge Analytica than was first presumed.

The initial reports on the scandal suggested that the saga had impacted around 50m users. Facebook has now said it believes that data from 87m users may have been “improperly shared”.

Cambridge Analytica, meanwhile, claims that only 30m users were involved. It has also again claimed that it has deleted all of this data.

In a press conference Facebook boss Mark Zuckerberg added: “"We didn't put out the 50m number. That came from other parties. We wanted to wait until we had the full understanding… I'm quite confident it’s not more than 87m.

"Today, given what we know... I think we understand that we need to take a broader view of our responsibility… clearly we should have done more, and we will going forward.”

Zuckerberg also announced the discovery of another potential data problem, saying that “malicious actors” had been using a feature that allowed them to search for users by typing email addresses or phone numbers (that had been obtained elsewhere) into the Facebook search bar. This data was then matched with profiles.

This functionality has now been blocked.

Facebook has also confirmed further changes to its APIs, including the recent alterations to Instagram’s functionality.

From now any app that already has or seeks to gain access to Facebook’s events, groups or pages API must undergo a formal app review. Those who currently use those features will see access suspended until their review is complete.