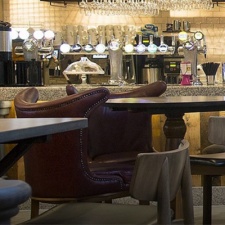 “In a world of social media, JD Wetherspoon has decided to close down all Facebook, Twitter, Instagram and other social media accounts for individual pubs and head office,” the official statement claimed.

“Rather than using social media, we will continue to release news stories and information about forthcoming events on our website and in our printed magazine.

“If you’ve been active in contacting us through social media, please continue to feed back at your local pub or via customer services, through our website.”

Chairman Tim Martin was scathing about the very idea of social media, which he described as a “waste of time”, when he later talked to the BBC about the news.

“We are going against conventional wisdom that these platforms are a vital component of a successful business. We were also concerned that pub managers were being side-tracked from the real job of serving customers. I don't believe that closing these accounts will affect our business whatsoever.

“On a personal level many of us are fed up with social media and think it has got damaging effects and a lot of people are on it far, far too much. It doesn’t do them any good and it doesn’t do the country any good.

He added that people would be better off limiting their social media use to just 30 minutes a day.

When asked if Wetherspoons may one day return to the platforms he added: “If I have to crawl back to Facebook my goodness me that will be a catastrophe. It is not impossible, you have to keep your options open in business. But if I do it, what humiliation.”

Martin has previously said that social media presents difficulties for pub culture as for some it become a substitute for going out and meeting people in person.

Wetherspoons delete their social media accounts, claiming people are "struggling to control the compulsion to use it" - unlike alcohol, which people can famously take or leave.