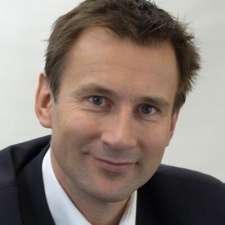 Health Secretary Jeremy Hunt has written a letter to a number of social media companies, stating that they need to do more to protect children frequenting their platforms.

Hunt gave the likes the of Facebook, Apple, Google and Twitter until the end of April to give some indication that their policies would change in aid of protecting children online.

The age of sign up to most social media platforms is 13 years old. Google has YouTube Kids - a video platform built for children, but it doesn't cater to

Do it for the kids

"I am concerned that your companies seem content with a situation where thousands of users breach your own terms and conditions on the minimum user age," Hunt explained in the letter.

“I fear that you are collectively turning a blind eye to a whole generation of children being exposed to the harmful emotional side-effects of social media prematurely; this is both morally wrong and deeply unfair on parents, who are faced with the invidious choice of allowing children to use platforms they are too young to access, or excluding them from social interaction that often the majority of their peers are engaging in. It is unacceptable and irresponsible for you to put parents in this position.”

Hunt discussed plans to make social media safer in November 2017, and has told the Sunday Times that there has been "warm words" since.

"We continue to invest heavily in developing tools for parents and age-appropriate products to meet this challenge and we look forward to continuing to work with our child safety partners and government to make progress in this area." Facebook's UK public policy manager told the BBC.

Cosmetics retailer Lush is going social media free - this is why