Facebook’s Asia exec questions the ‘influence’ of some influencers 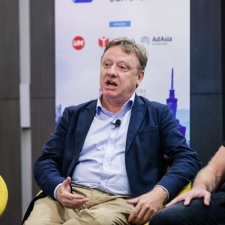 “To be an influencer, you must have influenced something. I don’t necessarily think that’s true for a lot of influencers.”

That’s the opinion of Facebook Asia-Pacific’s head of agency Neil Stewart, who told an audience at Mumbrella Asia’s Travel Marketing Summit in Singapore that the term is often used inappropriately.

“Can I just ask that we don’t keep using the word ‘influencer’. Because there’s an assumption that they have influence,” he explained. “There are plenty of ‘influencers’ who have friends, followers; they have a blog and people who see their content.

“But until you can prove that they have ‘influenced’ – so changed behaviour, an attitude or an action – I think we could almost sue them for using a false or misleading description.”

He added that in many instances he felt the term “Z-list celebrities” would often be more apt.

Stewart was challenged by panel moderator and influencer Mar Pages, who has 22,000 Instagram followers and claimed that she was worthy of the ‘influencer’ title, although conceded that perhaps ‘content creator’ would be more universally appropriate.

“There a lot of brands who will just be happy with reach on Instagram,” Stewart added. “If you have a large following and you put some money into advertising … then yes you will get your objective. Is that influencing other people?”

How ‘influence’ is measured is one of the perennial challenges of influencer marketing. Indeed, ascertaining who is and is not worthy of the title is arguably at the heart of many a modern marketing manager’s job.