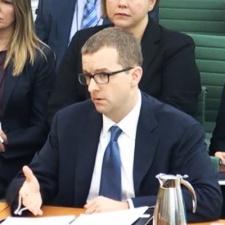 In lieu of the absent Mark Zuckerberg, Facebook’s chief technology officer Mike Schroepfer was yesterday grilled by MPs in parliament.

The Guardian reports that Conservative MP Julian Knight held no punches, saying that the company’s reaction to the Cambridge Analytica scandal suggested a “pattern of behaviour” that included “bullying journalists, threatening academic institutions, and potentially impeding investigations by lawful authorities”.

He added that: “I put it to you today that Facebook is a morality-free zone destructive to a fundamental right of privacy. You aren’t an innocent party wronged by the likes of Cambridge Analytica. You are the problem. Your company is the problem.”

In response Schroepfer said that he “respectfully disagreed” with that assessment. MPs then laughed when he tried to defend Facebook’s decision to send legal threats to the UK reporters who exposed the Cambridge Analytica scandal, saying that he thought this was “common practise” to ensure that facts were correct.

When pressed he did apologise to any journalists who felt they had been bullied. He also claimed that while the Leave EU campaign had spent ‘millions of pounds’ on Facebook ads in the run up to the EU referendum, Facebook had not yet found any evidence that Cambridge Analytica data had been employed for ad targeting.

The BBC reports that MPs did, however, reiterate that they still want to speak to Zuckerberg himself, with committee chair Damian Collins saying: "Mark Zuckerberg's right-hand man, whom we were assured could represent his views, today failed to answer many specific and detailed questions about Facebook's business practices.

"We will be asking him to respond in writing to the committee on these points; however, we are mindful that it took a global reputational crisis and three months for the company to follow up on questions we put to them in Washington DC on February 8th.

"There are over 40 million Facebook users in the UK and they deserve to hear answers from Mark Zuckerberg about the company he created and whether it is able to keep its users' data safe."

He added that if Zuckerberg should fail to comply the committee would issue a "formal summons for him to appear when he is next in the UK".