Papua New Guinea government is banning Facebook for a month 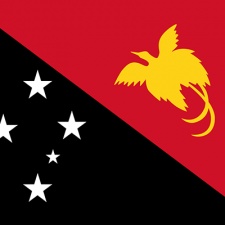 The effects of Facebook on an entire oceanic nation will soon be tested in the most extreme way possible.

The Guardian reports that the government of Papua New Guinea is to ban the site for a whole month and then examine what changes are experienced by its population as a result. Communication minister Sam Basil said the areas of research include security, productivity, who is using the platform and for how long.

The concern, he added, comes in the wake of the Cambridge Analytica scandal.

"The time will allow information to be collected to identify users that hide behind fake accounts, users that upload pornographic images, users that post false and misleading information on Facebook to be filtered and removed,” he said.

“The national government, swept along by IT globalisation, never really had the chance to ascertain the advantages or disadvantages [of Facebook] – and even educate and provide guidance on use of social networks like Facebook to PNG users.”

Furthermore, the official has even aired the possibility that the country could offer its citizens an alternative to Facebook, saying: “If there need be then we can gather our local applications developers to create a site that is more conducive for Papua New Guineans to communicate within the country and abroad as well.”

Experts have questioned how the ban will make any subsequent investigation more effective. They have also pointed out that historically such bans have often preceded in the run up to important events such as elections, and in the case of China, have resulted in a permanent ban for the site.