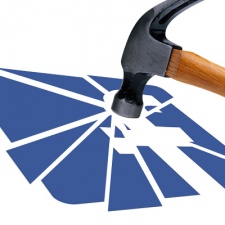 Troubled social media giant Facebook has been accused of selling user data to at least 60 hardware manufacturers including Apple, Amazon, Samsung and Microsoft.

These agreements have been in place longer than smartphones themselves have carried social networking apps, The New York Times reports. It claims that in return for cash Facebook allowed these companies to access user data including relationship status, religion and political alignment without ever seeking user consent.

Some partners were even able to access data from users’ associated friend accounts, even in cases where users have asked for their data not to be shared with third parties. Furthermore, most of these commercial agreements remain in place today.

“It’s like having door locks installed, only to find out that the locksmith also gave keys to all of his friends so they can come in and rifle through your stuff without having to ask you for permission,” former FTC chief technologist and research and privacy consultant Ashkan Soltani told the site.

It is also claimed that the agreements were flagged internally by some staff as a privacy issue as long ago as 2012.

Facebook has argued that the data sharing does not breach FTC guidelines and is consistent with the privacy policies shared with users. Furthermore, it claims that these relationships are somehow different from those it has with app manufacturers as the companies in question, whose platforms allow for Facebook access, are effectively extensions of the social network.

It has however conceded that some of these partners store user data on their own external servers although insisted – presumably with a straight face – that such data storage is “governed by strict agreements between the companies”.

“While we agreed with many of [The New York Times’s] past concerns about the controls over Facebook information shared with third-party app developers, we disagree with the issues they’ve raised about these APIs,” Facebook responded in a blog post.

“All these partnerships were built on a common interest - the desire for people to be able to use Facebook whatever their device or operating system. Given that these APIs enabled other companies to recreate the Facebook experience, we controlled them tightly from the get-go. These partners signed agreements that prevented people’s Facebook information from being used for any other purpose than to recreate Facebook-like experiences.

“We’ve already ended 22 of these partnerships. As always we’re working closely with our partners to provide alternative ways for people to still use Facebook.”