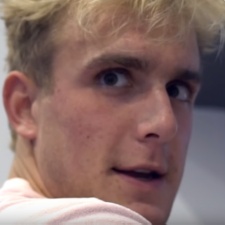 What would the new year be without a Paul brothers controversy? This time, it's Jake Paul that has found himself embroiled in a January scandal.

Paul is facing backlash online after promoting a brand that encourages his audience to gamble.

One of Paul's recent videos shows him using a site called MysteryBrands.com - a service that lets users spend varying amounts of cash to try and 'win' expensive products from digital boxes.

In the video, Paul spends $99.99 to open one box on the site at a time. He ends up winning a variety of products, including multiple pairs of Converse shoes worth $42 each, and a pair of Yeezy trainers worth $510.

YouTuber Bryan 'RiceGum' Le has also posted a video promoting the site to his audience. The video shows Le 'winning' a pair of Apple AirPods out of a mystery box he paid $4 for.

Both YouTubers have disclosed that their videos are sponsored by MysteryBrands, but the gambling nature of the site has led other YouTubers to speak out about the deal.

MysteryBrands also has a 'returns' feature that lets users sell items for a fraction of what they paid for them.

YouTuber Daniel 'Keemstar' Keem jumped on the story, revealing that he had also had an opportunity to work with MysteryBrands. In a tweet, Keem states that he had been offered a cool $100k to promote the brand, but refused the deal.

Keem also tweeted that "no amount of money would be worth me promoting a scam to you guys."

If this tale is sounding familiar to you, it's because it is. In 2016, YouTubers Tom 'Syndicate' Cassell and Trevor 'TMartn' Martin were caught peddling a CS:GO skin gambling website to their millions of fans, for it to be discovered that they actually owned the site.

While the case was heavily investigated, neither Cassell nor Martin were formally charged. However, the case did spark changes inside the FTC to ensure that future offenses are dealt with.