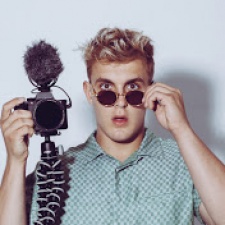 Jake Paul has a message for those that don't understand his movement.

In a recent interview with Good Morning America, Paul discussed his recent thoughts on gun control, as well as addressing the criticism he's recieved from the media over the last year.

Jake Paul and his YouTube gorup Team 10 are known for their outrageous vlogs, often filmed in and around Paul's home.

Paul came under fire last June after his neighbours threatened legal action against his behaviour, which led to him relocating to a new neighbourhood.

Paul said in the interview that he considers it an 'honour' to have amassed over 14 million subscribers, but also sees it as a 'responsibility'.

"I look at myself as a role model, but like an imperfect role model," Paul claimed. "I'm gonna be real, I'm gonna make mistakes.

"I think it's better to have a role model like that, than someone that seems perfect on the outside.

Kids in school are going to get bullied, they're gonna maybe get a detention, and they need to be shown how to deal with that and to always think positively and just keep your head up."

"I look at myself as a role model but like an imperfect role model." YouTube star @jakepaul, brother of @LoganPaul, sets the record straight with @michaelstrahan. pic.twitter.com/eQKA6qvHiR