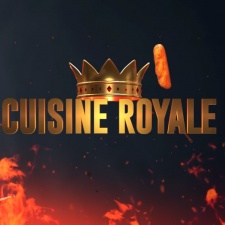 A new battle royale title now features the voices of a handful of popular YouTube creators.

YouTubers PhlyDaily, Ranzratte and Many Miles Away have recorded voiceovers to be included in free-to-play battle royale shooter Cuisine Royale.

The game, made by Darkflow Software and released by Gaijin Entertainment, lends inspiration from a multitude of battle royale shooters, with visuals that look similar to the genre-defining PUBG. However, the gimmick is that a large proportion of the loot is based on kitchen and culinary items.

The three will each give a different voice to the game’s male character, Clyde. Players can switch between which voice they want selecting the voice within the game’s settings.

Clyde is a character with multiple personalities, including having an Italian Mafiosi, a Mexican artist, and melee-loving “Beast” within his mind. This should lend a fun and interesting take on the character, while offering something new to fans of the popular YouTubers.

“This was my first time voice acting for anything," PhlyDaily comments. "I hope everyone enjoys this sound pack as much as I did making it!”

Cuisine Royale is available for download now for PC.